This guest post was written by the most excellent data scientist Martin Frigaard. Hit him on on twitter @mjfrigaard.

Being bilingual has been shown to increase people’s ability to focus and concentrate, solve problems, and have better mental flexibility.

It’s also important that data scientists limit themselves to relying on a single programming language for data management, visualization, modeling, and deployment.

After downloading and installing Anaconda, open a new macOS Terminal and make sure everything was installed correctly by entering the following commands:

This should open your web browser with the following display in your browser. We are using Brave. 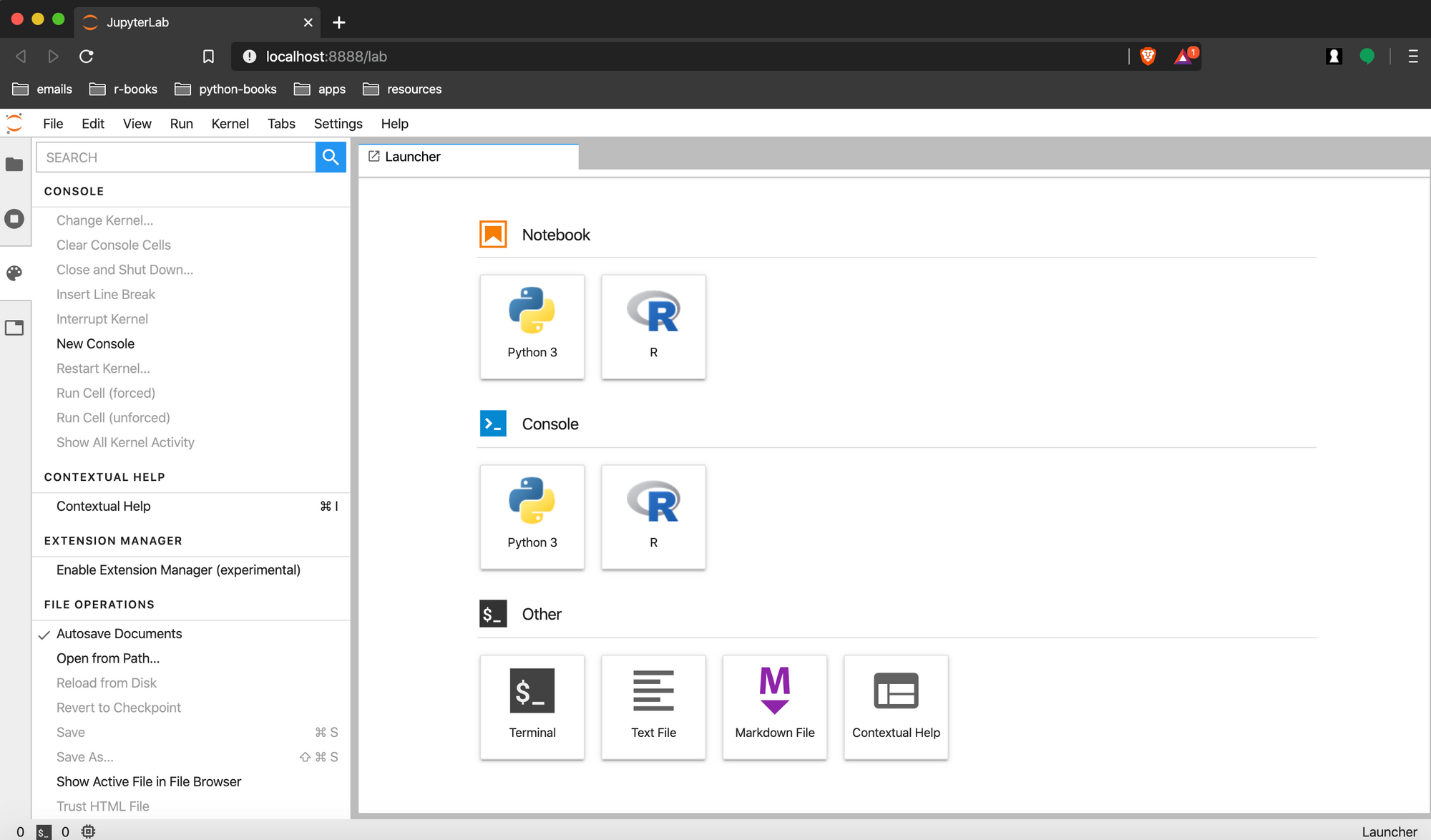 The Anaconda environment has sections for opening a Python Kernel in

Python is run via Jupyter’s kernel, which you can read about here.

Under Other section, there are also options for starting a bash shell session, creating new text or markdown files, or getting contextual help.

There are seven packages we need to install to setup the R Kernel in the Jupyter Lab environment.

These packages can be installed by running the code below in the R console.

After we’ve installed these packages, we need to find our version of R on our local machine. On macOS, it is usually located in the /Library/Frameworks folder. We use the pwd command in Terminal to show where the application is, and then use open R to launch a session of R in the Terminal.

This is the R session in the Terminal window. 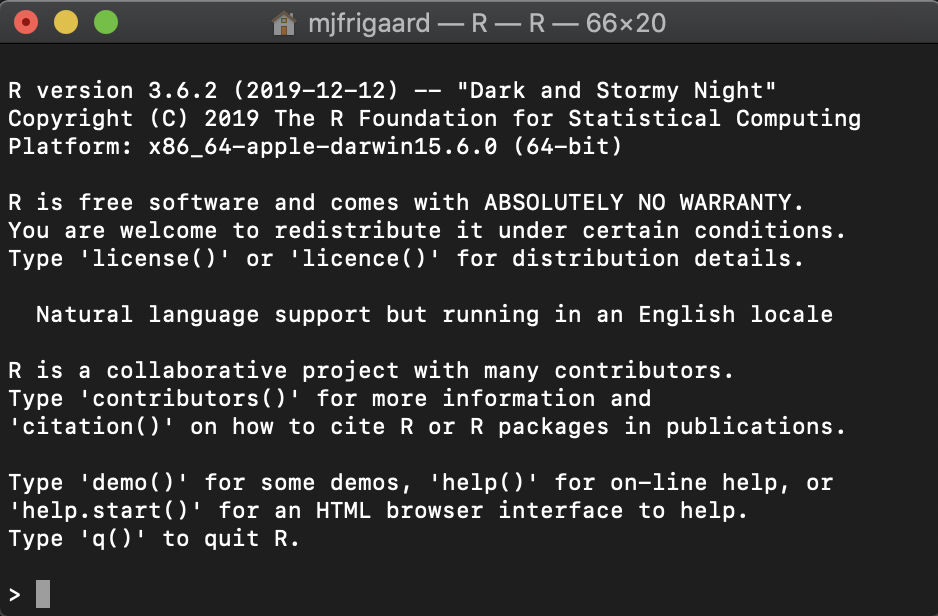 Start another JupyterLab session and you should see the option for an R Kernel under the Notebook and Console sections.

Now we want to launch the R Kernel and enter some R code to make sure everything is working. We can test the R Kernel in a Notebook, because Jupyter notebooks give us the ability to insert R code, markdown, or plain text code cells.

These are similar to code chunks in Rmarkdown interrupted

We now have an R Kernel running in Jupyter Lab. The code below loads the popular tidyverse package from RStudio.

We can write in markdown or code, just like the Python environment.

Exploring a Git repo with R

Installing Python and R on a Mac